155: Overcoming Obstacles and Making A Difference

Home - Empowerment and Inspiration - 155: Overcoming Obstacles and Making A Difference 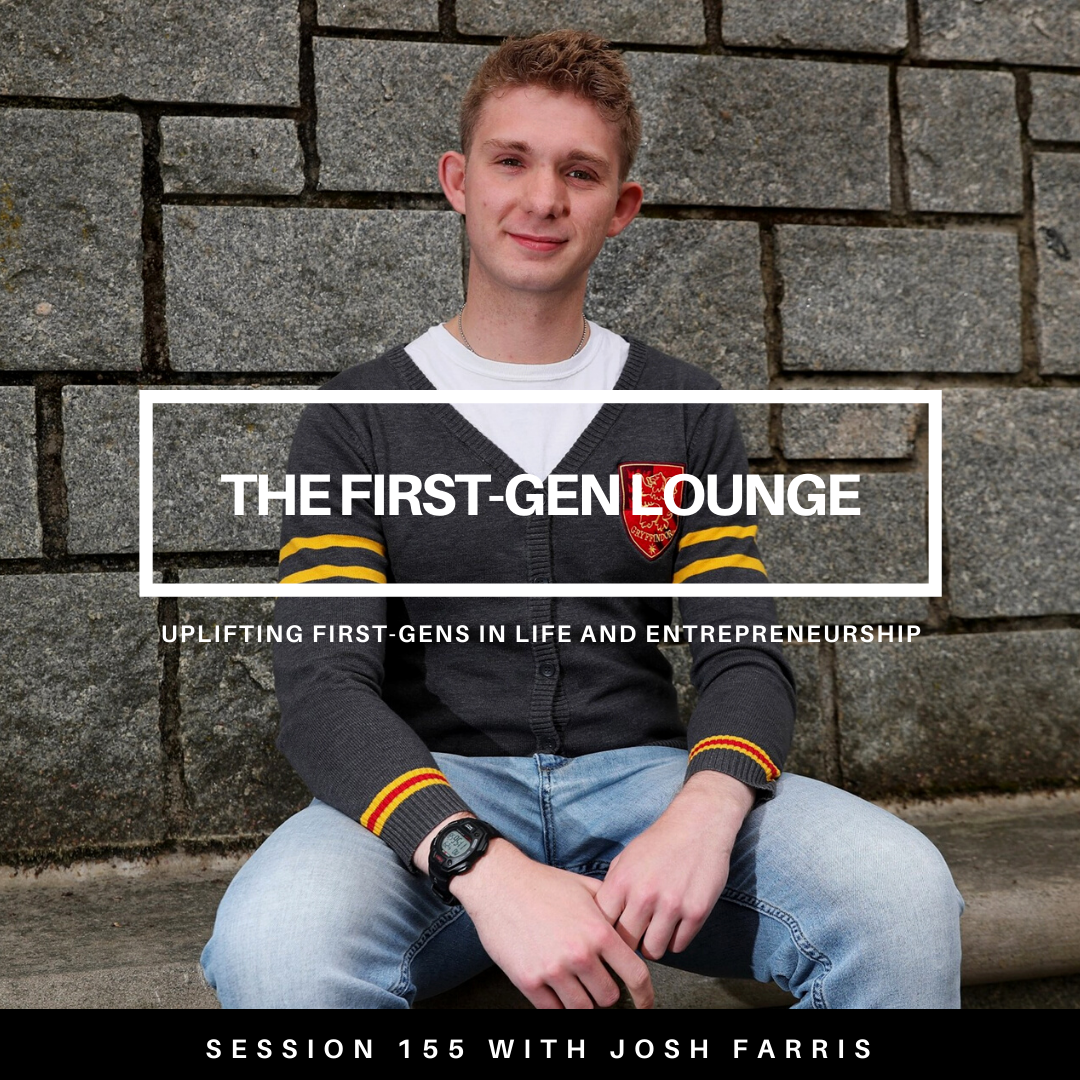 155: Overcoming Obstacles and Making A Difference

Economists believe that it’s getting harder to move up in America. Children from low-income families are more likely to remain poor as adults. Fortunately, getting a college education tends to be a lever in social mobility. Still, first-gen students face a myriad of challenges that their peers don’t go through, even if they share the same economic background. I recently learned how complex things can be when you’re White because most people associate being White with privilege. The thing is, regardless of race, color, sexual orientation, religion, etc… when you’re first-gen and low-income, the struggles and hardships are practically the same; we just have different ways of dealing with them.

How Josh Transitioned From College Into The Real World – 02:53

Like most first-gens, Josh came from an impoverished background where he found himself homeless a couple of times. Luckily, that didn’t deter him from following his dream of going to college and graduating. However, on graduation day, it finally dawned on him that he had spent his college years studying and trying to better himself. This approach might have worked wonders for his academic life but practically killed his social life such that he never had any real friends outside of project groups. After graduating, things didn’t get easier either because he struggled to land a job and found himself sleeping in train stations or airports just to get to an interview. Yet, all these hardships didn’t kill his spirit. Josh is the man he is today because of all his struggles before and after graduating.

Josh’s Source of Motivation While Going Through Hardships – 13:02

As earlier mentioned, Josh grew up in a humble background and was used to lacking money. Throughout his childhood and early adulthood years, one thing kept him going and showing up— purpose. The situations he found himself in were never always pleasant, but he had two things he could always fall back to. The first one was the drive to become someone influential in society and the second one was the need to help the disadvantaged members of his community. His purpose in life drove him to consume knowledge whenever he could and help people in every way, even if it was as simple as writing a job application.

Many programs and institutions do a great job getting first-gens into college. Unfortunately, these students are left to fend for themselves throughout and after college. The saddest part is that once they graduate, some of them end up working for McDonald’s. This is because they lack people to hold their hands as they try to get into the job market. Finding a job is not easy, and it gets even harder when you don’t know how and where to look. With that, Josh’s organization decided to develop programs that help first-gen low-income students find work, internships, or mentorships. These programs give them the required exposure, experience, and confidence to get into the job market.

How First-Gens Can Stand Out After Graduating – 20:44

As first-gens, we’re so used to doing ourselves that we forget a word like help exists in the dictionary. Sometimes it’s good to ask for help, even when we don’t feel like it. You will hit some roadblocks and deal with unanswered emails, but that’s just the way life is. Nonetheless, it’s always better to look at the positives and digest what you learned from the experience. It might not be much, but it’s definitely something because you’ll be able to change your approach the next time you think about seeking help. So, as you go into the world and try to find yourself, always try and help the people in need, especially those seeking assistance. It takes guts to sum up the courage to approach someone, so the least you can do is try and help.

Josh Farris is a first-generation 2019 graduate from the University of Virginia (UVA). He received his B.S. in Youth & Social Innovation through the School of Education.

Josh hails from a low-income, rural community in Southwest Virginia. When not working, Josh is developing First-Generation Alumni networks, both at his alma mater UVA and a national network for EdMobilizer. Connect with Josh Farris on LinkedIn.